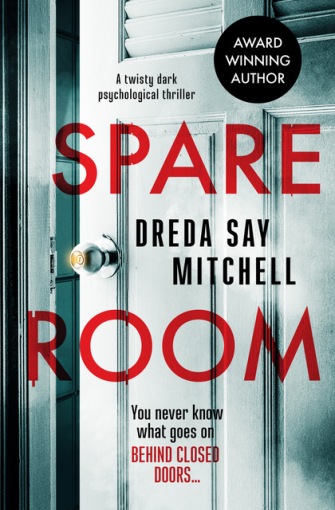 A huge thank you to Emma Welton for organising this blog tour and to Dreda Say Mitchell and Bloodhound Books for an ARC copy of this book in exchange for an honest and unbiased review.

Home Is Where The Nightmare Is

Lisa, a troubled young woman with a past, can’t believe her luck when she finds a beautiful room to rent in a large house. The live-in owners are a kind and welcoming couple. Everything is fine until she finds a suicide note hidden in her room. But when the couple insist this man didn’t exist and that Lisa is their first tenant, Lisa begins to doubt herself.

Compelled to undercover the secrets of the man who lived in the room before her, Lisa is alarmed when increasingly disturbing incidents start to happen. Someone doesn’t want Lisa to find out the truth.

As the four walls of this house and its secrets begin to close in on Lisa, she descends into a hellish hall of mirrors where she’s not sure what’s real and what’s not as she claws her way towards the truth…

Did this room already claim one victim?
Is it about to take another?

This book had me hooked from the beginning and I couldn’t put it down.  It wasn’t action packed but malice and mystery was to be found on every page, making this an addictive read.

The main protagonist, Lisa, was so well written.  Deeply troubled and disturbed, it’s difficult to know whether her issues are down to a condition or suppressed memories.  She’s written in a way that takes you along a manic and paranoid ride through the book alongside her.  The story becomes quite frenzied and this cleverly puts you in the same frame of mind as Lisa.  It’s so hard to know what is truly going on and what is fabricated.  This adds to the chill of the story.  Martha and Jack are so cleverly developed too, mysterious and malevolent or innocent?

The narrative gathers pace quickly and not one part of the book was unnecessary or seemed to dragged on.  Within the first few chapters it draws you in but leaves you hanging until the very end.  I spent a lot of the time trying to mentally note every little possible clue from the book and attempting to tie it all together.  I did guess the twist to some extent but the ending was well written and shocking despite this.

Dreda Say Mitchell, who grew up on a housing estate in east London, is an award-winning novelist, broadcaster, journalist and freelance education consultant who describes herself as a ‘complete busybody’. Dreda was named one of Britain’s 50 Remarkable Women by Lady Geek. She is the author of five novels, with her first book having been awarded The CWA’s John Creasey Dagger for best debut crime novel – the first time a Black British writer has received this honour. She has appeared on Newsnight, Daybreak and Canadian television’s Sun New Live. She has presented BBC Radio 4’s Open Book, and is a frequent guest on Radio 4’s The Review Show, Front Row and Saturday Review. Dreda has written for the Guardian, the Independent and the Observer on issues ranging from race and class to Phil Mitchell’s drug addiction in EastEnders.